This is an automatic, deduction-based solver for the Waiters at Work daily puzzle from Layton's Mystery Journey, which as far as I can tell is an original puzzle type for the game. I don't actually find it all that interesting, which is perhaps proven by how a handful of relatively simple deduction rules are enough to solve every puzzle in the game, but I just had an urge to write a solver for it anyway. This is inspired pretty heavily by the excellent SudokuWiki solver.

You can load any of the puzzles from the game and edit the grid manually by left-/right-clicking on the cells. There's some detection of contradictions but it's not super robust, so if you input something that doesn't have a valid solution then you might get garbage output.

For reference, these are the puzzle's rules as given in-game:

The source code is lying around over here: https://bitbucket.org/CHz16/waiters-at-work-solver 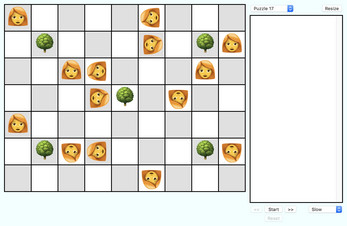 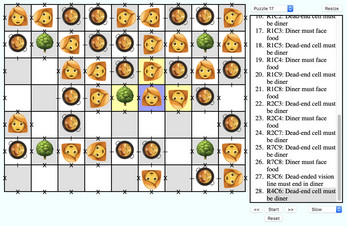 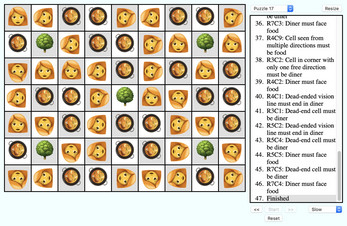